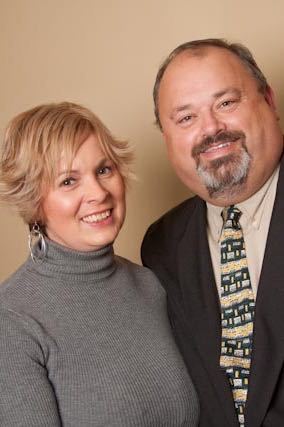 In October of 2007, Pastor Terry Penney received an invitation from the Board to become the Senior Pastor of Kingsway Assembly, and after having that call confirmed by the congregation, as well as through the Holy Spirit, moved in December of the same year to Kentville with his family to begin the pastorate at Kingsway Assembly.

Terry was born in Corner Brook, NL in 1964, and became a Christian at the age of six. He experienced the baptism of the Holy Spirit at the age of nine, and began to sense that God had a calling upon his life for ministry. After graduating from high school Terry lived and worked in Halifax, NS for two years. In the fall of 1983, he was accepted into Eastern Pentecostal Bible College in Peterborough, ON, graduating in 1986, and beginning ministry in Summerside PEI. From there, Pastor Terry continued in ministry, pastoring churches in New Brunswick and Nova Scotia.

In 1989, Pastor Terry met and married Crystal Hubbard from Mirimichi, NB, and has been blessed with four wonderful children, Kayla (Chad), Joanne, Ashia, and Ethan. Pastor Terry has a strong Pentecostal heritage and calling, and along with Crystal, has been involved in every aspect of church ministry. It is his passion and conviction that the church is called to be born again, Spirit filled, gifted and equipped, growing together in Christ, showing God’s love to the people around us and bringing people of all ages into an encounter with God.

Pastor Terry is also passionate about his favorite team, the Habs, enjoys going for ATV runs, and spending time with his family.

Subscribe to receive email updates with the latest news.